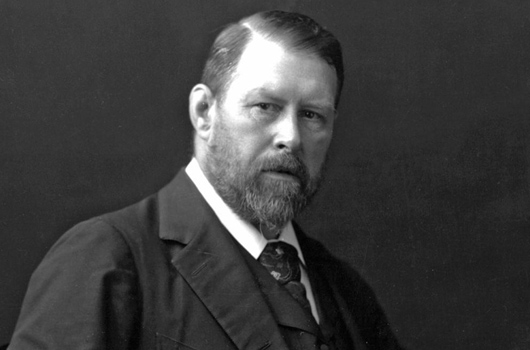 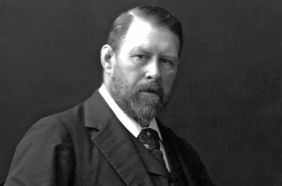 Abraham Stoker or Bram Stoker as most ‘Dracula’ fans know him, was born the 8th of November 1847. He died in 1912 at the age of 64. He Is an Irish author best known for the novel ‘Dracula.’  He published ‘Dracula’ at the age of 50. Bram spent the early part of his childhood confined to his bed because of a mysterious illness. Looking back on this part of his life Bram mentions that “I was naturally thoughtful, and the leisure of long illness gave opportunity for many thoughts which were fruitful according to their kind in later years.” Bram married Florence Balcome and they had only one child together. This child they named Irving.

Here are some interesting facts about Bram Stoker:

Bram Stoker was the third child of seven.

Even though bed-ridden for most of his childhood he later on excelled in athletics being named University Athlete at Trinity College in Dublin.

Before Florence Balcome married Bram Stoker she actually had another suitor interested in her. His name was Oscar Wilde. Florence chose to be with Bram instead of Oscar. This left Oscar upset enough that he left the country.

‘Dracula’ was inspired by an essay written by Emily Gerard called ‘Transylvania Superstitions.’ Stoker himself had never visited Eastern Europe so he spent a lot of time on research, 7 years in fact.

‘Dracula’ wasn’t the first story ever written about vampires. The story ‘Camilla’ written by Sheridan Le Fanu was about a lesbian vampire who stalked young women in 1871. There also happened to be a horror series by James Malcolm Rymer called ‘Varney the Vampire,’ that also came before ‘Dracula.’

Walt Whitman was one of his favourite authors.

Bram’s death didn’t attract much attention in 1912 because it was around the same time as the Titanic hit an iceberg. The Titanic was big news at the time.

There are many different opinions on what the final cause of Bram’s death was. Daniel Farson, Bram Stoker’s grandnephew says in his biography the cause of death was Locomotor Ataxy – know in those days as general paralysis of the insane.

Check out some of Bram Stokers other writing:

The Lair of the White Worm

The Lady of the Shroud

The Jewel of the Seven Stars

The Shoulder of Shasta

The Mystery of the Sea

Under the Sunset (Eight fairy tales for children)

Snowbound: The Record of a Theatrical Touring Party

Dracula’s Guests and Other Weird Stories

3 thoughts on “Bram Stoker – The man behind ‘Dracula’”